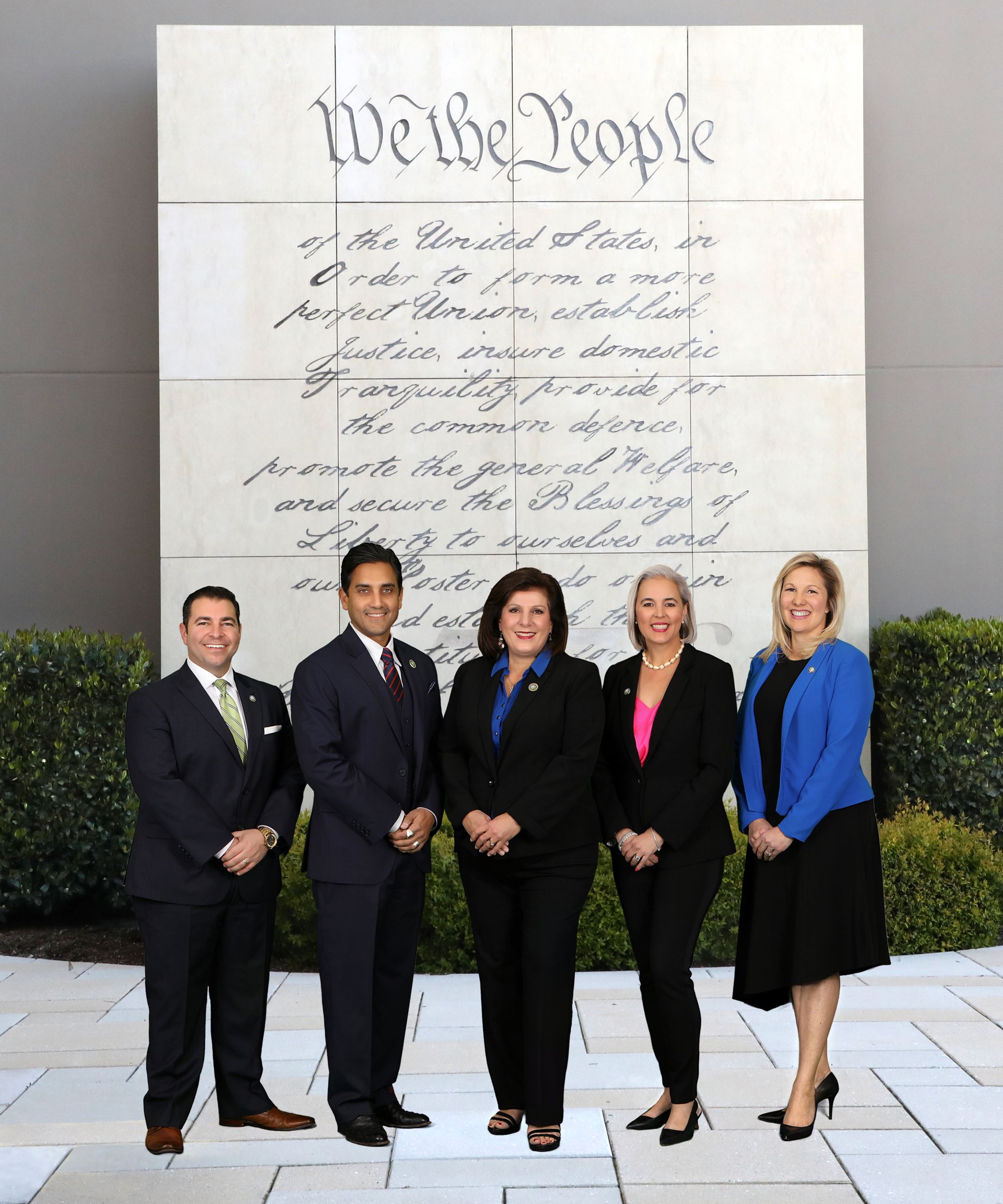 The City Council appoints the City Manager and City Attorney, as well as the members of the various citizen advisory boards, commissions and ad-hoc committees.

The City Council meets on the first and third Tuesday of each month at 7 p.m. at City Hall in Council Chambers. View the Council Meeting Agenda.

PLEASE NOTE, from December 7, 2022 to early April 2023, the Council Chambers at City Hall will be closed for the City Council Chamber Improvements Project. All City Council, Commission, and Committee meetings will be held at the Crown Valley Community Center (29751 Crown Valley Pkwy), with the exception of the Senior Citizens Committee Meetings, which will continue to be held at Sea Country Senior & Community Center (24602 Aliso Creek Rd).

Any person wishing to address the City Council on any matter, whether or not it appears on the Agenda, may do so under the Public Communications portion of the Agenda. Each individual is required to complete a "Request to Speak" form and is allowed three (3) minutes to address the Council. No action will be taken on any items not on the Agenda.

Both live and rebroadcasted videos of the City Council meetings may also be viewed on the City's YouTube Channel.

Strategic Plan
Economic Development Website
Hot Topics
Agendas & Minutes
Online Services
Coastal Fire
Community Video Program
Our Mission
The City of Laguna Niguel is committed to providing a vibrant quality of life for all residents, businesses and visitors in a safe, beautiful and involved community.
Our Vision
The City of Laguna Niguel is dedicated to preserving a safe, flourishing and community-oriented environment through thoughtful engagement, financial responsibility and a commitment to innovation.
Our Values
Integrity, Excellence, Innovation, Security, Quality, Service